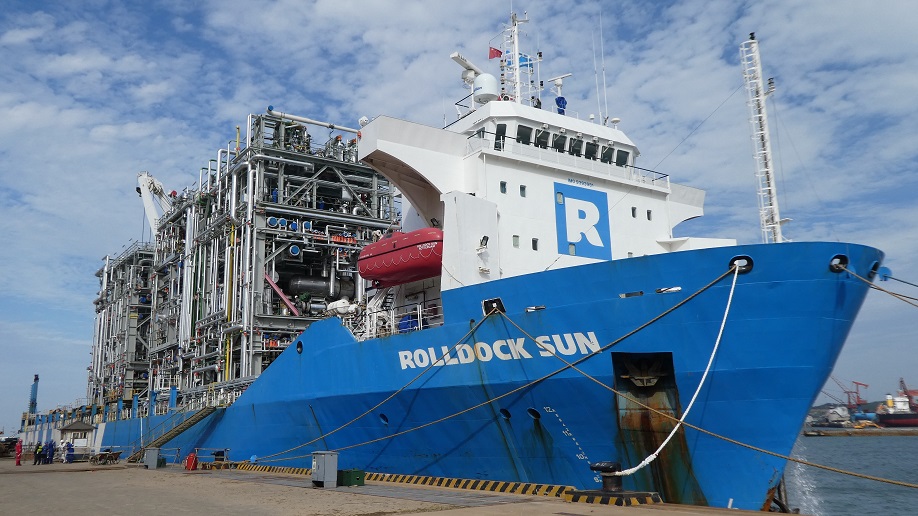 Roll Group has been awarded a contract to transport 24 modules for the Total Ethane cracker project in the USA. The transport will cover seven single voyages, using both RollDock and BigRoll vessels. The services and expertise of Roll-Lift will also play a part in the completion of the land transport aspects of the project.

The first voyage is scheduled within the next two weeks. The other transports will be undertaken between April and August 2019. The modules are currently in the process of building in Hamriyah (UAE). After completion, Roll Group will roll the modules on board of our vessels for transportation to Port Arthur (USA). It is the first time that Roll Group will complete the transportation from the fabrication yard to the job site of such a large project – including the land transport, according to Wiebe Broeksma, Roll Group Project Manager. “This was one of the reasons our client awarded the contract to us, since we have the ability to load and discharge the majority of the cargo directly from the quay onto our RollDock vessels and vice versa, due to the limited draft of our vessels.’’

Due to the size of the modules, the BigRoll Module Carriers will be utilized on two voyages. Broeksma stated: “When unloading the BigRoll vessels in Port Arthur, the intermediate transport will be arranged by our sister company Roll-Lift USA. A good example of our ‘Factory to Foundation’ ability.’’

The Roll Group project team has been involved in the Total Ethane cracker project for a long time, with the first request for transportation in 2016. The project team is working together with Roll Group’s engineering department on all preparations to ensure that the transport will be performed as safely and efficiently as possible. Total’s new cracker is scheduled to start up in 2020, and will have an Ethylene production capacity of one million metric tons per year. It will be built alongside Total’s Port Arthur refinery and Total/BASF existing steam cracker.

Share This
We use cookies to ensure that we give you the best experience on our website. If you continue to use this site we will assume that you are happy with it.Ok