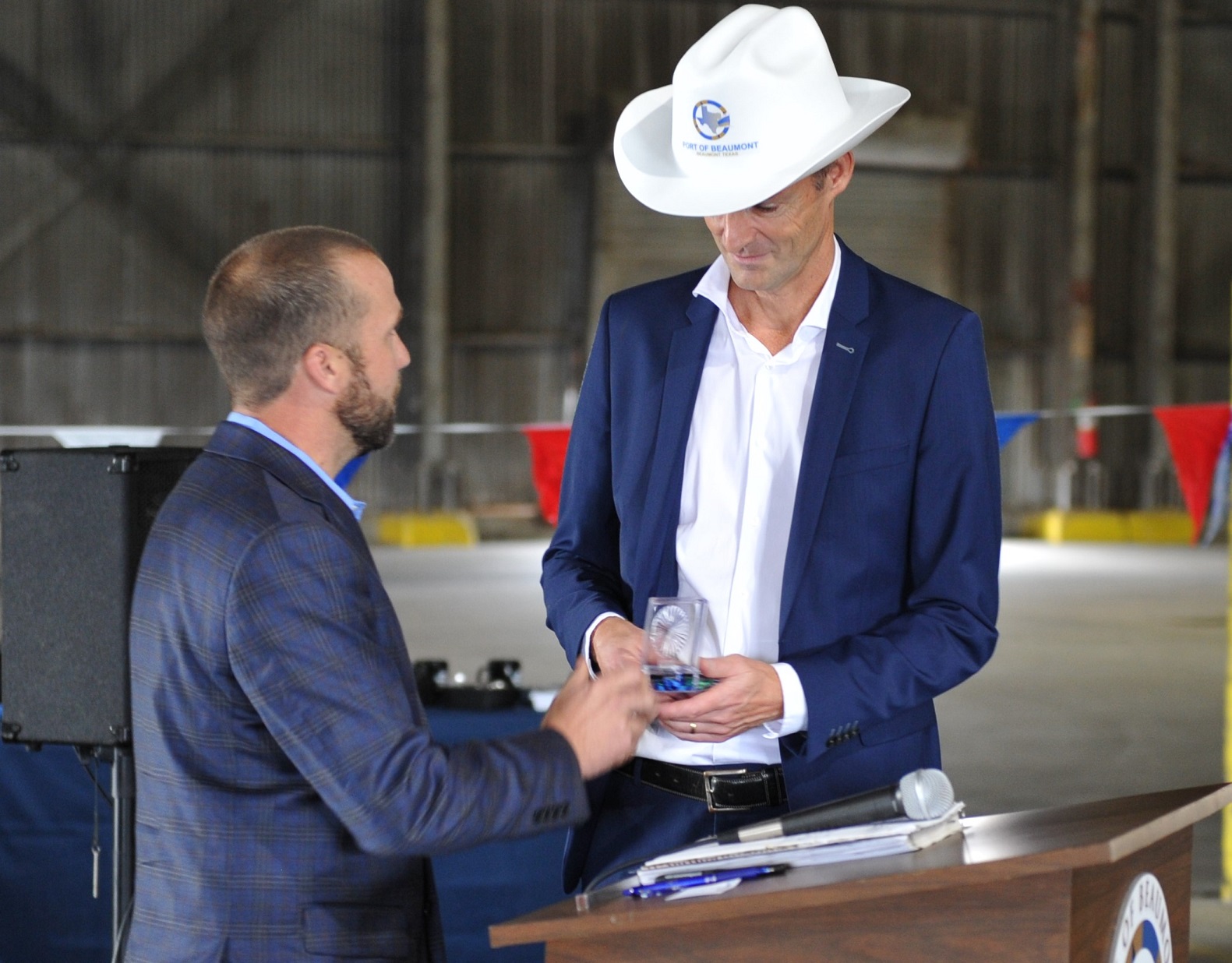 Adriaan Aarts, CEO of Roll Group, received the key to the City of Beaumont. This symbolic gesture of the Beaumont Port Authorities is a response to the seven shipments to and discharge operations in Port Arthur and Beaumont. ,,It’s a real honour to receive the key and I expect and hope to return very often,’’ said Adriaan Aarts.

The CEO received the key during the client event on the 11th of October, organized by Roll Group in honour of the Total Cracker project. While the discharge operations at the quay in Beaumont and at the plant site in Port Arthur were in full swing, the vessel crew welcomed around hundred people aboard the BigRoll Bering. Initially, the event would take place on board the BigRoll Beaufort, which was discharged a month earlier at the same quay. That event was cancelled due to the floodings.

Adriaan Aarts referred to this heavy weather in his speech. ,,The reason that I came back, is because this is our most important project to date. In this project we have shown our client that we can take a large scope including land and sea work. I hope and think that we have taken a lot of worries away at the client side, as we were able to switch modules within our fleet and reduced the number of contacts for the client when there were technical changes or schedule changes. I am proud of this very successful project and like to thank everyone involved!’’

The chance that Roll Group will visit this part of the USA again in the future is very likely, according to the speech of the Beaumont Port Authorities, which pointed to the growth of the port, the growing oil and gas activities in the region and the joy about its collaboration with Roll Group.

The world of heavy lifting is exciting. It’s all about transportation and installation of your valuable cargo. Find out how we ‘roll’ with our team and state-of-the-art equipment.

About us
SHEQ
Our team
News

Share This
We use cookies to ensure that we give you the best experience on our website. If you continue to use this site we will assume that you are happy with it.Ok