SLIEDRECHT/SCHIEDAM – Bakker Sliedrecht and RH Marine will upgrade Roll Group’s ice class vessel BigRoll Bering with a Dynamic Positioning 2 system (DP2). This allows the 173 meter long module carrier to better maintain its position during loading and unloading. It also it increases the deployability of the vessel for more complex transports, where a DP2 system is mandatory.

Bakker Sliedrecht has been asked to upgrade the vessel with a DP2 system. RH Marine supplies the in-house developed DP2 system, which includes the computers, screens, control panels, joysticks and the DP software. In addition, the wind sensors, motion sensors and Differential Global Positioning Systems are also part of the delivery.

Bakker Sliedrecht supplies the switch boxes, cables for communication and power supplies, installs and commissions the system. Every component is duplicated according to classification, so that in the event of a single error in the system the ship can remain its position. “The DP-system improves the comfort of the vessel’s control. The captain or helmsman can stop the ship at the push of a button. Because the DP system is DP2-class certified, it can also be used for complex jobs such as transporting foundations for wind turbines at sea, for which this classification is required,” say System Architect Gerrit van Pelt of Bakker Sliedrecht and Sales Manager Products & Solutions Peter Copier from RH Marine.

The cooperation between the two Pon-companies – with Bakker Sliedrecht acting as main contractor – offers various benefits. “The lines of communication are shorter. For a client like the Roll Group it is easier to have one primary contact and to be approached by one party. In this project Bakker Sliedrecht and RH Marine are each contributing with their own expertise and complement each other,” says Van Pelt.

“Normally we have a lead time of 24 weeks for the installation of a new DP2 system, but by scaling up, our flexibility and working closely with Bakker Sliedrecht, we can complete it in thirteen weeks,” says Copiër.

Bakker Sliedrecht participated as a system integrator in the construction of the BigRoll Bering and its three sister vessels BigRoll Beaufort, by COSCO Dalian Shipyards in China in 2016 and 2017.

The system integrator supplied, assembled and commissioned the electrical systems on board. Bakker Sliedrecht also participated in the design of the innovative propulsion system for the Module Carrier vessels. The thrusters are installed in such a way that they can operate independently. The design prevents all systems from failing simultaneously. There is also a torque option, which ensures lower fuel consumption and thereby reduces operating costs.

The BigRoll Bering is specially designed to transport heavy and oversized objects for onshore and offshore projects. Roll Group is active in combined land and sea projects for engineered heavy transport for all markets including the renewable and Oil&Gas market  Due to the high  ice classed certification, the vessel can be deployed in the most remote and inaccessible areas on the planet. 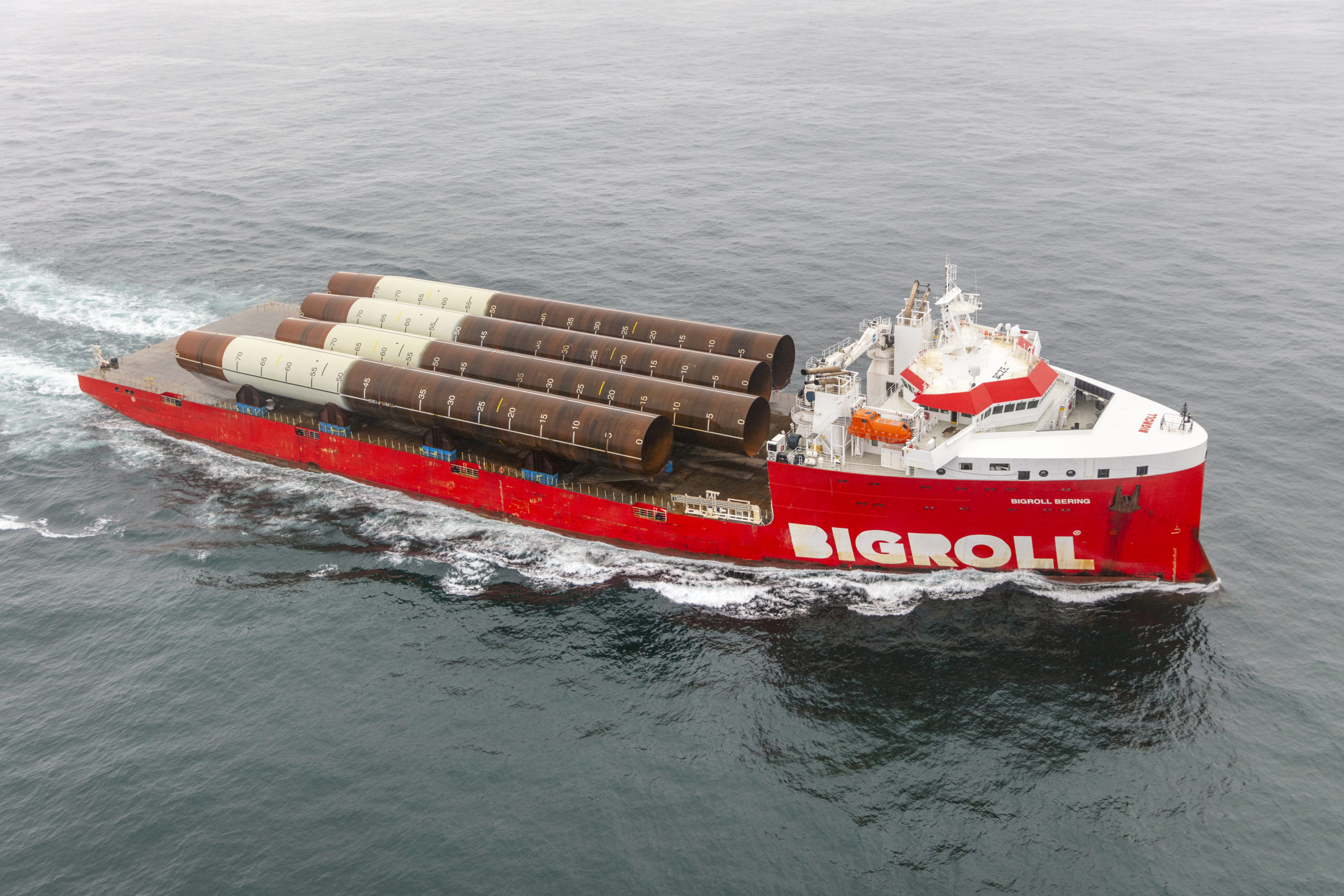 Our fleet of highly adaptable vessels can transport a wide variety of heavy cargo. Are you curious what our innovative fleet and experienced team can mean for your business?

About us
QHSSE
Our team
News